Every year the business magazine, Forbes, publishes a list of the 30 most promising individuals younger than 30 in their fields. This year for the first time they didn’t only release a US-focussed but also a European list. We are very proud to announce that our Coolar co-founder, Arno Zimmermann, made it on the Forbes 30 under 30 Europe for his achievements as a serial social entrepreneur and innovator. We have interviewed Arno, to give you an impression of what it is like to be on the Forbes list:

How do you feel about making it onto the Forbes list? Why do you think you received this recognition?

Being 28 – I feel young again, sharing the list with some 17 and 22 year olds! …No really, I am very happy and thankful for being listed on Forbes 30 under 30 with Coolar. This award is not only about me – behind Coolar stand a bunch of great and hardworking people such as my cofounder Julia Römer. Great job guys! It is also great to see that Forbes included the category social entrepreneurship and recognised a variety of impressive clean technology projects. During the week leading up to the event, I was quite excited as it was not clear who would ultimately be on the list.

What does a Forbes listing mean for your company Coolar?

Being listed brings Coolar immense media attention and raises awareness about our social business model. The editor, Randall Lane, mentioned that the 30 under 30 articles received 1.3 billion social media interactions last year. The listing gives unprecedented media attention for Coolar – which also means our emails buzz nonstop. Besides media we also get to hang out with a range of very inspiring and highly successful people!

So there was a bit of suspense and surprise. How exactly did you convince Forbes to consider you for their list?

You can not apply for the Forbes list directly, but you have to be approached by an editor. We at Coolar were lucky to participate in a range of challenges through which we got some media attention last fall and also got our  public relations groundwork well covered. After being approached I sent over a short pitch about my achievements that I put together at night during a very busy trip to London. After you submit your pitch you can only hope for the best – from there on a high-level jury decides who makes it on the list. I also had to keep quiet about it. If you do not, they will stop considering you for the list.

And then you went to London again to join the Forbes event. How did that go?

Honestly, filling two roles – as PhD student and at Coolar – I don’t really have much free time. So, I had looked up a café with a good vibe and went straight there to get a bit of work done. You can find quite a few nice coffee places around Brick Lane in East London, an area a bit like Berlin Neukölln at the moment. On the table to your right a musician plans his tour to California with his manager, to your left a group of university students are studying and enjoying gluten free sweets and flat whites. After I closed my laptop, I headed to the event venue two streets over. It was a rooftop bar overlooking the lights of the City of London.

Tell us more about the Forbes 30 people! 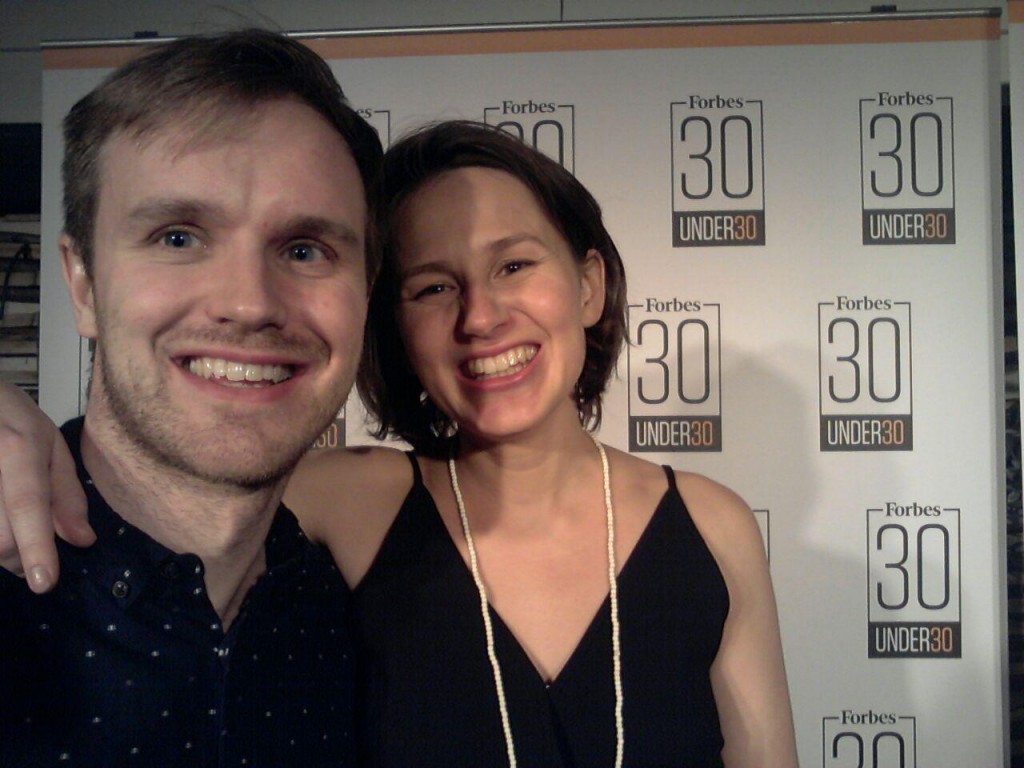 Arno with fellow Climate-KIC alumna Staycie at the event.

First of all, I was surprised and happy to see so many familiar faces from the Climate-KIC network. The Climate-KICers Clémentine of Oorja, Blue Inductive co-founder Johannes, Dénes from  Green City Solutions and coModule’s Kristjan all made it on the list. The innovation network EIT Climate-KIC has supported Coolar with funding, advice and a great ecosystem from a very early stage. Without them we wouldn’t be where we are today.

That night I also made new friends, for example, Sophie and Felix of the hairband start-up Invisibobble. After a bit of trial and error they entered the market early on and moved Invisibobble’s revenue into the millions after only two years; An impressive start-up story. All of the participants from design to policy, have amazing success stories and remarkable projects – it was an inspiration to chat with a few of them.

After this glimpse of London’s start-up and business scene, what is your impression and how does it compare to Berlin’s?

Well the people at the event weren’t all entrepreneurs or business people, there was a significant number of people from academia, fashion or policy. I think this also shows the diversity of London as one of the world’s fashion hotspots but at the same time home of world leading universities and businesses. Especially for cleantech businesses there are personalities like Richard Branson in London, who do a lot to promote sustainability – two of the entrepreneurs I met came straight from an event with Branson.

London definitely has a vivid start-up environment while costs of living might be challenging. The access to capital, which is crucial in early and growth phases, seems better than in many other places. However, Berlin does not have to fear a comparison. According to a recent report  Berlin’s total investment in start-ups of 2.1 billion EUR trumped London’s 1.7 billion in 2015, largely due to the “start-up factory” rocket internet.
London is definitely a dynamic city and it is just four hours away, I don’t see that one would have to choose! The Berlin and London eco-systems are complementary and we at Coolar, even though based in Berlin, totally love London!

Great! Thanks for the interview. 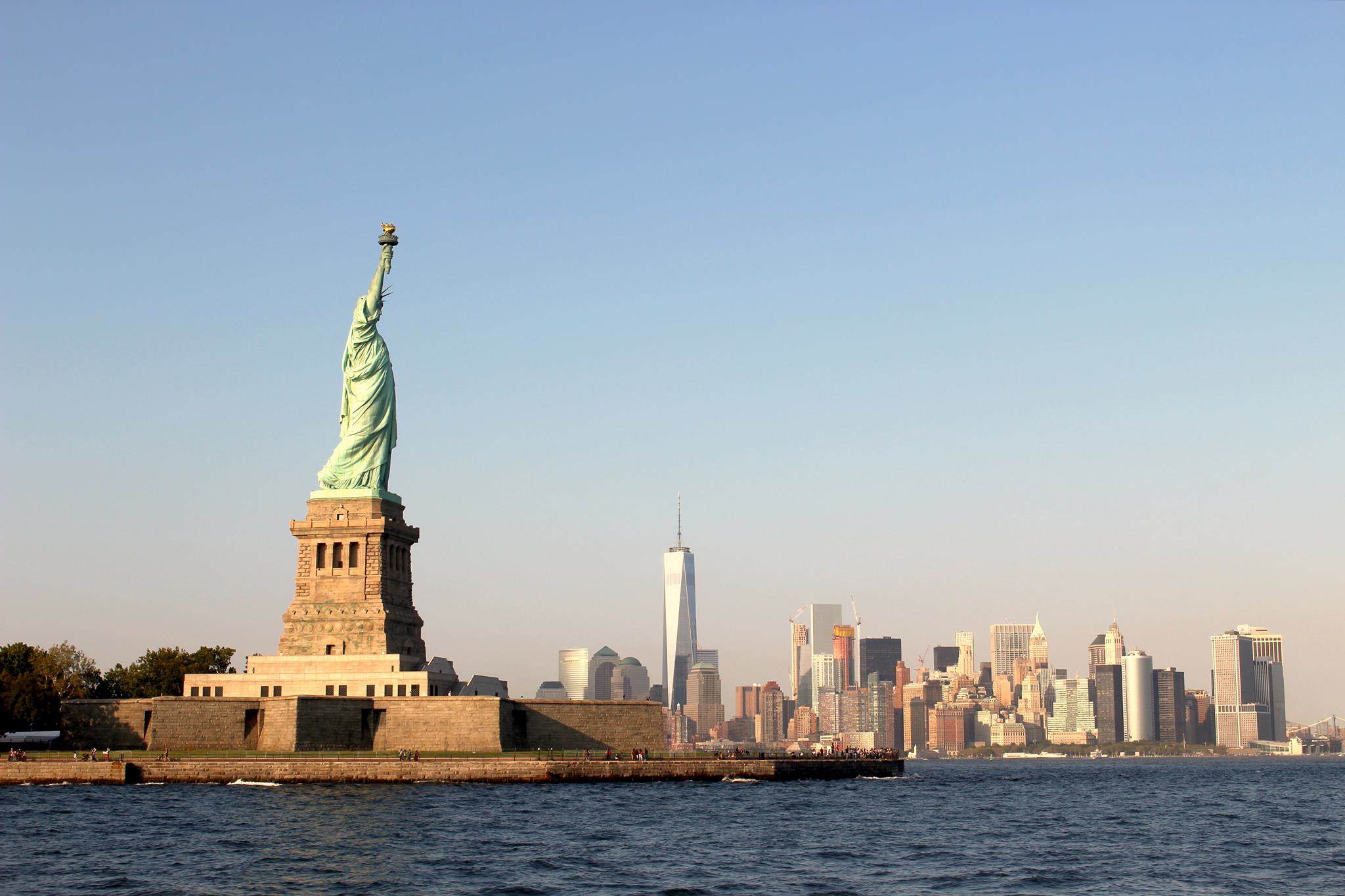